We are back. Back travelling and bouldering. It takes still a few weeks before we have time for blogging, but you can follow our trip mean while on Instagram. It is all about #weakfingers for now on. 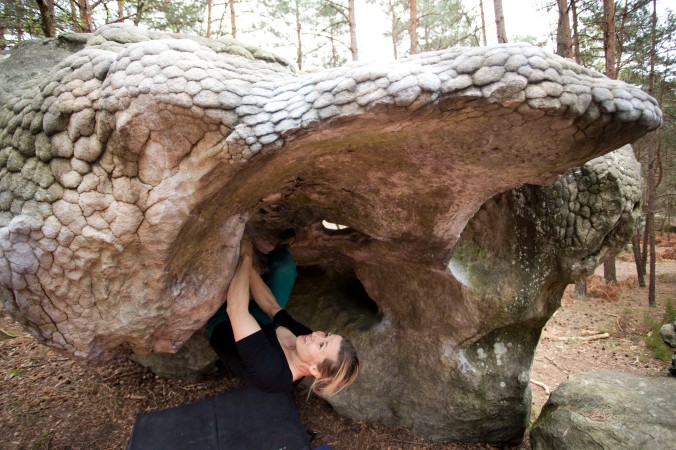 Picture from last spring, me climbing La Quille 6B+ in Bois rond.

Paul and Kaysha pretending to do something active in their van, cause I wanted an action-picture.

On 13.10.2017 we and the little Luna-puppy started our new climbing trip. We took the ferry from Helsinki to Germany and drove straight to Fontainebleau. We had an awesome week in Font. We met with our good van friends Kaysha, Paul and Nico. 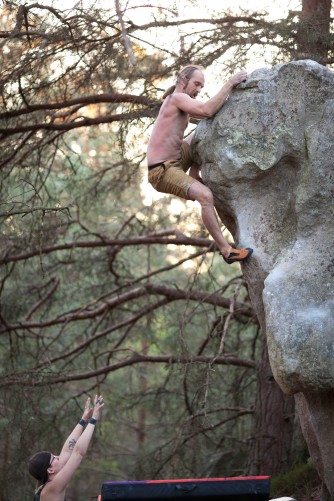 Also lot of climbing friends from Finland came the same time to Font. We did some awesome climbing, or the others did, and I was trying to get in shape again, since I had a long break from climbing in the summer. 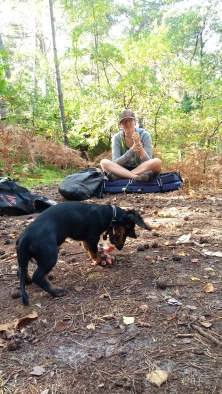 Kaysha has broken her wrist so a new hand could be handy.

Paul found a hand from abandoned house in the Font forest. Luna got a new toy. 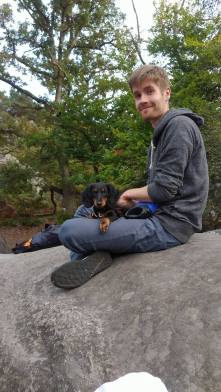 Jesse’s turn to take care of the little monster.

From Font we hurried to Albarracín again and now we have been here for two weeks.

The first week we got visitors from Finland, when Tatu and Harri from Kauniaisten kiipeilyseura (Finnish climbing gym) came to Alba. The boys had good time climbing some hard sevens.

The Grani boys Tatu and Harri made a visit to Albarracin. We had good Time bouldering around and eating The best tapas ever. #bouldering #albarracín #lataba #finnishmen #vanlife #boulderinglife #weakfingers #cabrerizo #saltimbanqui

After the boys left, the weather has been super windy and bit cold. We are still bouldering, but other wise we have been spending a lot of time indoors. We have tried to educate the little Luna-monster and it has proved to be a harder task, than I thought. She is truly a strong-minded dog, or extremely stupid.

Luna has her own opinions about climbing and she is keen to participate.

So new adventures and experiences wait for us and we will tell you all about them in Instagram and also later in here.