During Christmas and New Year Albarracín is full of Spanish tourists and Finnish climbers. So no, we are not the only ones here. And this is what happened, when Finnish climbers celebrate New Year in the Spanish way. 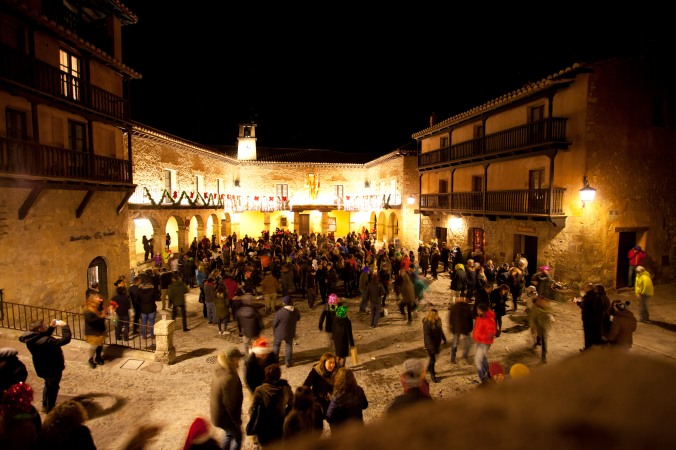 People dancing on the town square after the midnight.

Mikael has been spending last five Christmas holidays in Albarracín. So I knew, it had been kind of tradition for many Finnish climbers. But I didn’t quite understand, that there would be so many of us. It has almost felt like being home.

Of course you can always question the point to come to Spain and then just spend time with Finnish climbers. There’s the question, that do you miss something from the real culture, if you are only surrounded by people of your own culture. Still we made the decision to spend time with these awesome people, since they are good company and sometimes even surprisingly interesting beings 😉

All together I have counted, that during this time there has been about 30 Finnish climbers here. And we have had some seriously fun times. Occasionally I am sure, that we have made even more noise than the Spanish people. 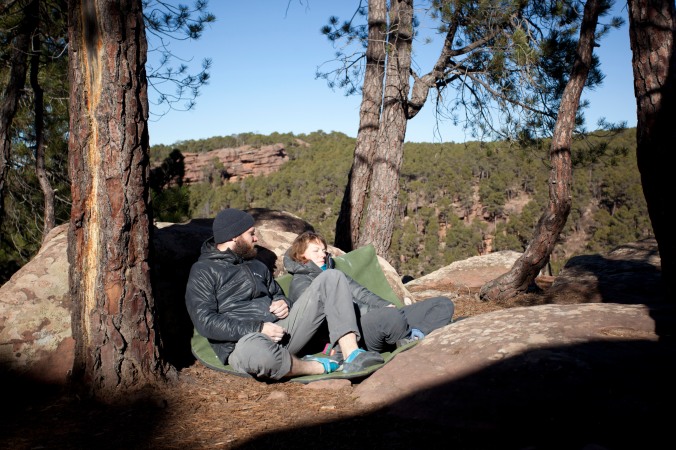 Juho and Henna being very loud in Cabrerizo.

I think specially during New Year everybody was in great spirit and excited about the town party. Must say that, Spanish people know how to have fun and carnival even in the coldest time of the year.

Before the midnight after a van party we hurried up to the town square and everybody had twelve grapes with them. The tradition is to eat one grape every clock strike and after twelve grapes you can make a wish. You have to be very fast eating those grapes.

“The Twelve Grapes (Las doce uvas de la suerte) is a Spanish tradition that dates back from at least 1895. Some vine growers popularized this custom to better sell grapes. The tradition consists of eating a grape with each bell strike at midnight of December 31. That leads to a year of prosperity. In some areas, it is believed that the tradition wards away witches and general evil. This is now days a cultural tradition to welcome the new year. People gather to take the grapes with the family after the dinner or in the main squares around the country, the Puerta del Sol in Madrid being the most famous place to do it.” (Source: Wikipedia)

After the clock goes quiet the music starts and hole town goes crazy.

Mikael gives Anssi grapes just before the midnight. Miha and Henna are having a moment on the background. (Photo: Juho Sorvettula)

We did some serious dancing and partying at the town square. Of course me and Mikael were first to go to sleep, cause we are so old and boring, but the others took care of the Finnish party reputation.

After the New Year the town started to empty from tourists and it was time for our Finnish friends to go back to cold Finland. I think everybody had successful holiday. We saw some seriously hard sends, had many farewell dinners, terrible muscle aches, flappers, no skin in fingers and pain in fingers/elbows/knees/toes/forearms/shoulders/joints/pulleys. Sometimes we even spoke about something else than climbing. 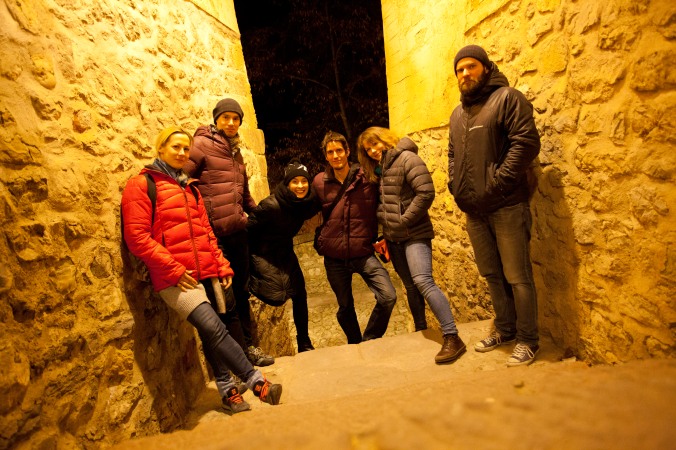 Tarja, Anssi, Hilla; Mikael, Henna and Juho after farewell dinner in La Taba, Albarracín’s best tapas place. It is possible to eat there almost every day (ask from Konsta).

Now it is only the van people again and our projecting time. There was already one super successful hardcore send (guess who), but I will save the story about it for later, cause this writing is for Finnish climbers and for one Slovenian. Thank you for being like you are and spending time with us. You all know who you are, so I wont write any name list.

Anssi and Hilla leaving or coming to Arrastradero.